A Story of Hopes & Promises

Like any other nine-year-old boy, Ikram should have been running down the streets with his friends, and planning his next naughty move to annoy the elders in the village. Instead, he was quietly lying down in a hospital bed, waiting for his next chemotherapy session to begin as he battles stage 3 Burkitt Lymphoma, a form of non-Hodgkin’s lymphoma in which cancer starts in immune cells called B-cells. This is his story; a story of hope and promises. Ikram, a resident of 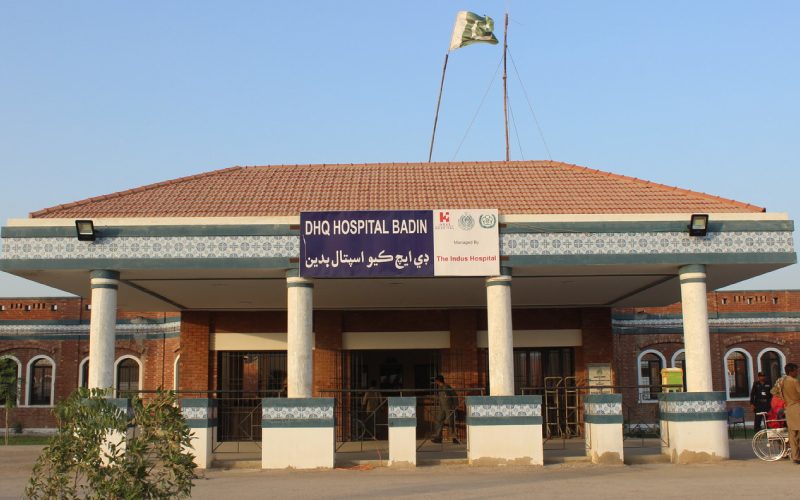 The Indus Hospital and Health Network (IHHN) has established a dedicated Pediatric Hematology and Oncology (PHO) Clinic at the District Headquarter Hospital, Badin as a first step towards establishing a center for childhood cancer and blood diseases. The clinic was inaugurated on February 4, 2021 — on the occasion of World Cancer Day. Dr. Ghulam Qadir Pathan, Senior Consultant, Pediatric Hematology and Oncology will conduct the weekly clinic. Two survivors of childhood cancer from Badin inaugurated the clinic. Dr. Shamvil Ashraf, 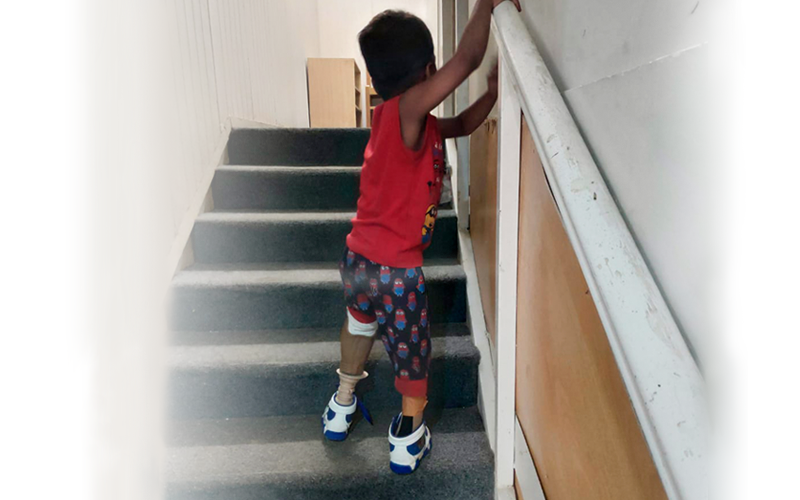 Three-year-old Abdul Ahad had been on his way to a wedding with his family when he met with a terrible traffic accident. A truck collided with his father’s bike, killing his brother and injuring his mother and another brother. Ahad himself was severely injured with both his legs crushed. Ahad went through extensive surgeries but he couldn’t walk again without prosthetics. Faced with severe financial strain, given the surgeries that Ahad, his mother, and brother went through, the family was struggling 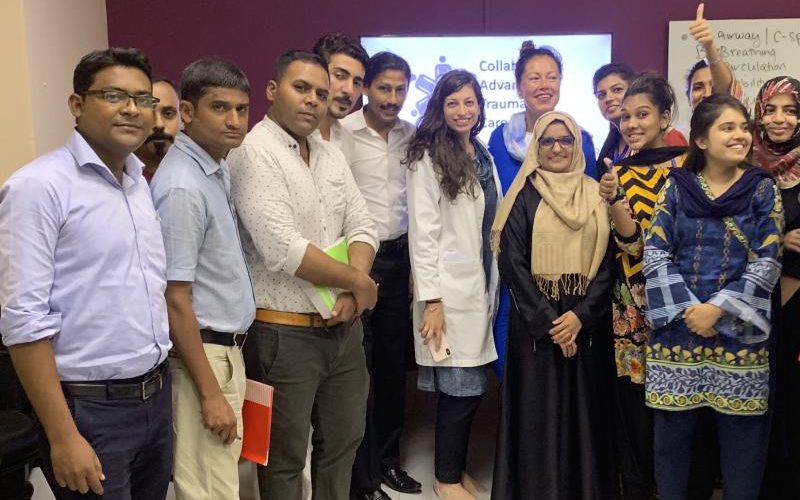 The departments of Postgraduate Medical Education, Emergency Medicine and Surgery at the Indus Hospital in collaboration with specialists from Grady Memorial Hospital – Emory University developed a certificate program, ‘Collaborative Advanced Trauma Care’ to train multidisciplinary emergency and trauma team of the Indus Hospital. The course curriculum was developed according to the findings of an in-hospital survey which identified a high burden of severely injured patients seeking care at TIH. Attended by 15 Emergency Medicine residents and Medical Officers, 6 residents 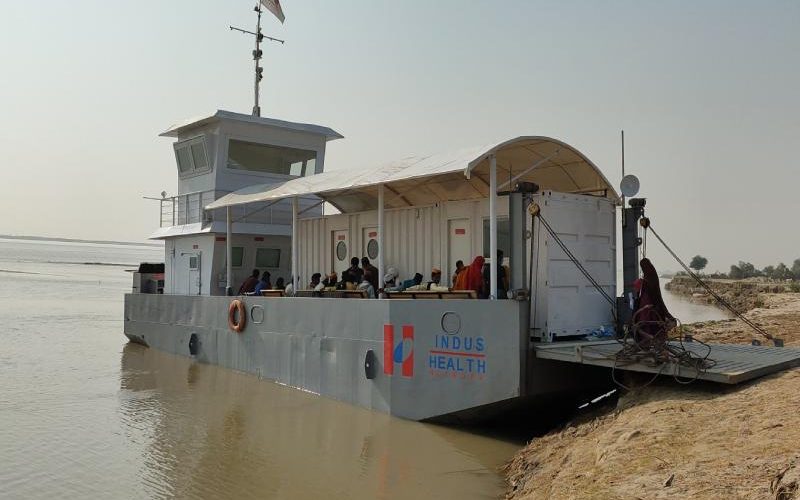 Rajanpur, Punjab: The Indus Health Network (IHN) launched Pakistan’s first ever Mobile Boat Clinic which will serve the most vulnerable population in district Rajanpur, Southern Punjab. It is located in an area where development is considered a rare phenomenon with people having limited access to basic health services. The catchment is home to approximately 105,000 people which is further divided into 47% male and 53% female population. “The clinic will enhance healthcare access to the marginalized population by providing quality

Ashok Kumar lives in Pangrio City with his son, Piush, who is 17 years old. Piush had a fever and cough for a few days, and with the spread of Covid-19, Ashok was very concerned and took him to Pangrio Hospital. There the doctor declared him as Covid-19 positive and the staff began to panic; though no tests were conducted. Ashok was unwilling to believe this diagnosis without a formal assessment. Any father would not stand seeing his children in pain 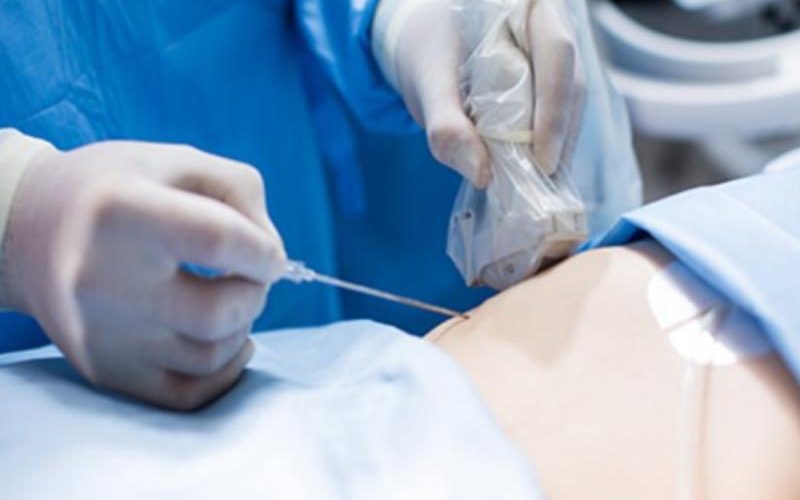 Recep Tayyip Erdogan Hospital (RTEH) has initiated Vascular Interventional Services in the lower Punjab region to help the underserved population of Muzaffargarh and adjoining cities and towns. Interventional radiology is a medical sub-specialty of radiology utilizing minimally-invasive image-guided procedures to diagnose and treat diseases in nearly every organ system. It helps diagnose and treat patients using the least invasive techniques to minimize risk and improve health outcomes. The procedure has less risk, pain, and a shorter recovery time in comparison

Despite the unpredictable events of 2020, Indus Health Network’s international affiliations actively participated in awareness campaigns and fundraising events for the Network to support the mission of providing quality healthcare free of cost. Our international affiliates; USA, UK, UAE, Canada, and Australia, held multiple engagements activities in the past three months to promote volunteerism in the youth and to keep our donors involved. All the international affiliates took part in multiple digital campaigns to increase the brand resonance of The 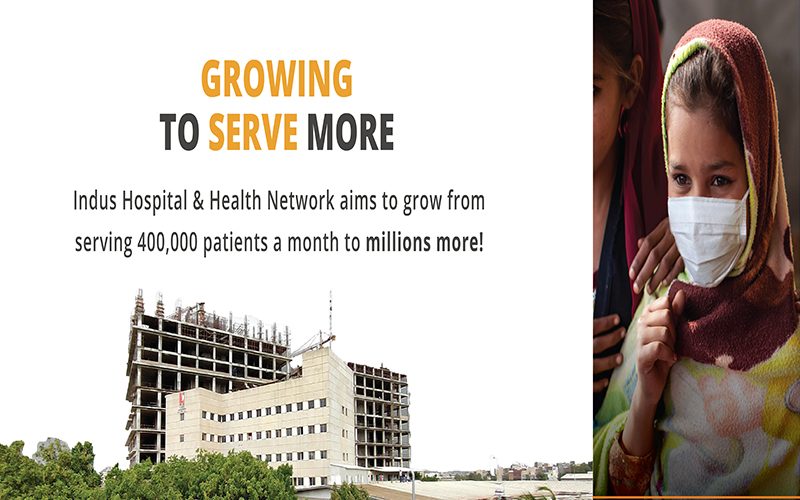 Growing To Serve More By Expanding Our Services And Campuses

In Pakistan where dealing with polio or epidemics such as dengue and hepatitis C has been quite troublesome, tackling Covid-19, a once-in-a-century scale pandemic has become a daunting task considering the abysmal condition of the health sector. Characterised by lack of proper infrastructure along with a very limited budget — one of the lowest in the region — the healthcare system brought an unprecedented strain both on public and private sector hospitals and clinics across the country. From an acute 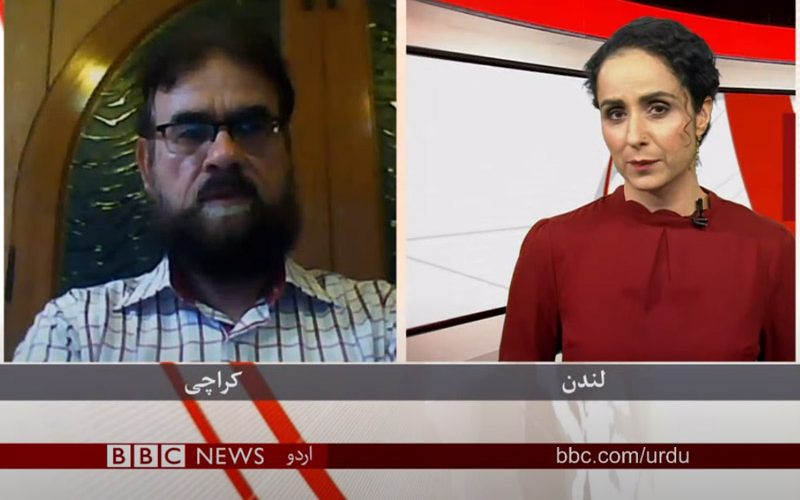